Linne in the Readers Garden 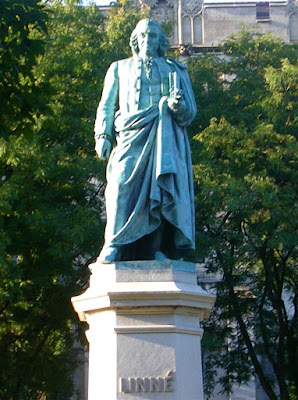 Carolus Linnaeus (1707-1778; also known as Carl Linne) is known as the Father of Modern Taxonomy. His statue can be found nestled in the Midway across from the University of Chicago. Commissioned by Swedish Americans and installed in Lincoln Park in 1891, the statue was moved to Midway Plaisance in 1976 after vandals stripped the statue of four allegorical female figures surrounding Linne. 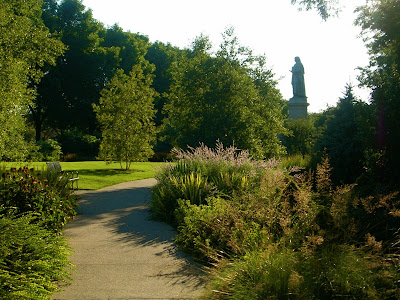 The Readers Garden where Linne's statue can be found. Between Woodlawn and Ellis Avenue at Midway.
Posted by b.c.